A new opera: "The Seven Adventures of Rustam"

Opera based on the Shahnameh story will be performed in Tehran 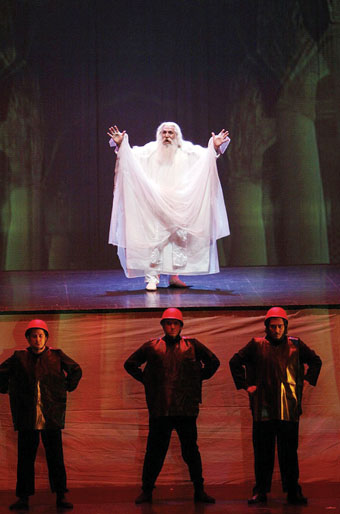 A scene from 'The Seven Adventures of Rustam', directed by the Iranian stage director Pari Saberi.

Tehran/New York (mea) Iranian stage director Pari Saberi is planning to create an epic opera in the country through works based on Shahnameh stories.

"The Shahnameh has a strong dramatic structure, which can be adapted for several epic theatrical works," she said at a press conference to promote "The Seven Adventures of Rustam", an operatic adaptation of the Shahnameh.

"I believe that masterpieces like the Shahnameh have the capacity to bestow added appeal to our national theater and for this reason I chose the Shahnameh for dramaturgy," she said.

Iran's internationally celebrated poet Ferdowsi in his Shahnameh emphasizes morality, nationalism, and bravery in his magnum opus, which shows that good eventually defeats evil, she added.

'Bijan and Manijeh', 'Rustam and Sohrab' and "The Mourning of Siavash" are among Saberi's past stage adaptations from the Shahnameh. 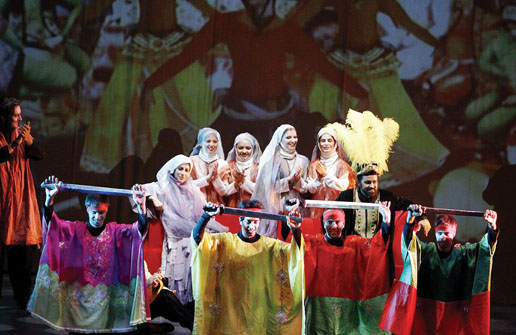 The Persian, internationally celebrated poet Ferdowsi in his Shahnameh epic emphasizes morality, nationalism, and bravery in his magnum opus, which shows that good eventually defeats evil.

Shahnameh is an enormous poetic opus written by Ferdowsi around 1,000 AD and is the national epic of Iran. It focuses on the mythical and historical past of Greater Persia from the creation of the world up until the Islamic conquest of Iran in the 7th century.

Aside from its literary importance, the Shahnameh, written in pure Persian and without adoptions from Arabic, has been pivotal for reviving the Persian language after the massive influence of Arabic. 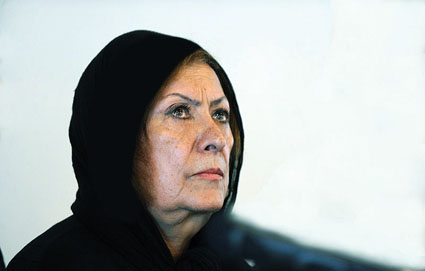 Iranian stage director Pari Saberi is working to create an epic opera in the country through works based on Shahnameh stories by the famous Persian poet Ferdowsi.