The Art of the Getty Trust and the tomb raiders

Confusion on the international art market: Stop the plundering of cultural heritage! 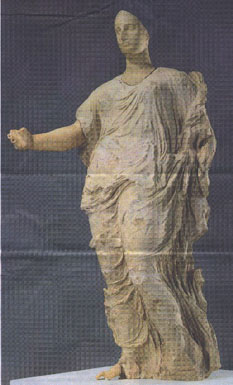 Italy wants it back: "The Venus of Morgantina". Getty paid 18 millions dollars for this sculpture in marble, 2 meters tall. The Italian justice says: stolen by tomb raiders, and sold illegally.

Rome / Los Angeles / New York (bpb) Confusion on the international art market. The leading Italian prosecutor Paolo Giorgio Ferri requests: "Museums have to stop plundering our cultural heritage." Among others, he attacks the J. Paul Getty Trust and its "empire" of institutions and museums. They should return uncounted artefacts, sold illegally and imported to the United States. The famous German newspaper FAZ recalls in its edition No. 35 the world-wide controversy concerning stolen artefacts that came illegally from Italy, Greece, Turkey, Iran, Iraq and other places of our historical heritage.

According to the article from the newspaper "Frankfurter Allgemeine Zeitung" (FAZ), The Getty Trust is requested to return also the marble sculpture "Venus of Morgantina". It is reported that the Getty Museum paid for this stolen sculpture (two meters high) back in 1988 an amount over 18 millions dollars. The sculpture issupposed to be one of more than 50 objects that Italy wants back from the Getty Collection. The question of who is right and who is wrong will be answered by trials. But the fact that the Getty administration is involved in gossips around the world and in reports about "tomb raiders" is very harmful to the Getty Institutions. It spoils the reputation of USA, and also damages the good name of the late J. Paul Getty.

Insiders say: The Getty Collections have more than enough of antiquities from the Roman, Greek and Asian cultures. The question is: why does not the Getty Trust take care of other great art of historical importance? Getty Trust should use only a small percentage of the amount they spend annually for "stolen art" and build up a collection of the works by the European sculptors Arno Breker and Josef Thorak. Both are the leading artists of the time from 1930 to 1945. They are eyewitnesses of the 20th century in Europe and the "Third Reich". This so-called Classical European and German Art of an important era is already in world-wide deman by private collectors.

Not only the Getty Museum, but all leading museums in ther United States, Canada and Japan should try to get such works that are legally on the market. The US Museum of European Art ( www.meaus.com ) is an experienced partner for classical art of the 20th century, and can assist other museums in getting the right artefacts ( info@meaus.com ) . More information on the art of Breker and Thorak can be found at www.museum-arno-breker.org 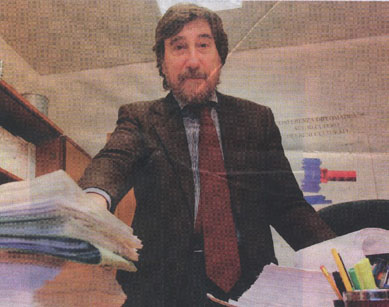 The Italian prosecutor Paolo Giorgio Ferri does not mind being called a "head hunter" of the international tomb raiders and their "dirty business". For years, he has been engaged in this fight. He warns specially America: "Stolen art should not be bought by museums".

Many names are involved in trials and investigations

In trials and investigations concerning stolen art, many names are involved. On the list is first of all the former J. Paul Getty Museum curator Marion True. In her private house in Greece, the police found also sarcophaguses from the time Alexander the Great. On the list are named: the Swiss-American art dealer Robert Hecht Jr. and the Roman art trader Giacomo Medici. According the FAZ report, the list also includes the former Getty Trust president Barry Munitz (Los Angeles) and his wife Anne T. Munitz, as well the art dealer Christos Michailidis (London) and partner Robin Symes. In the Getty scandal, also the sister of Michailidis, Despina Papadimitriou, is involved, according to informed sources. Furthermore, also known to the police is Gianfranco Bechina (Italy and Switzerland).

In the spotlights of Italian justice are--beside the Getty Trust--also institutions such as The Metropolitan Museum of Art, the Museum of fine Arts in Boston and museums in the German capital Berlin.

Joe F. Bodenstein of the European Art Foundation Berlin says: "the interest of the American public must be that the Getty Trust should keep at once and forever into the future the name of its founder clean. Jean Paul Getty (1892-1976) was not only a most successful American industrialist and founder of the Getty Oil Company, but also an avid collector of art and antiquities". His collection forms the basis of the J. Paul Getty Museum in Los Angeles, California.