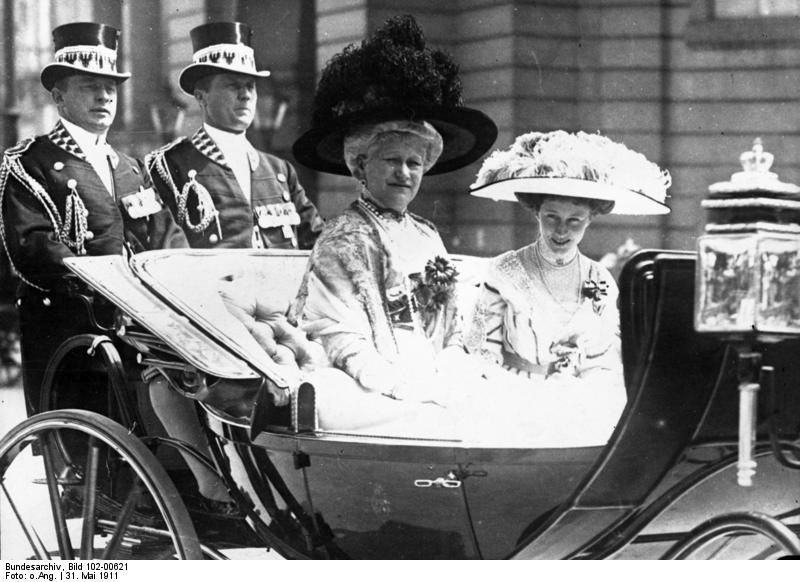 The German Empress Auguste Victoria with her daughter Princess Victoria Louise (right) during a carriage ride on May 31, 1911 in Berlin. The Princess was 19 years young. It was the time in which the Imperial couple were thinking about marrying the beautiful princess, which took place two years later.

Berlin/New York (bpb) Princess Victoria Louise, the only daughter of the last German Kaiser Wilhelm II, was one of the most famous women of her time in Europe. Born as Princess of Prussia on September 13, 1892 in the Marble Palace in Potsdam, she experienced life until her death on December 11, 1980 with two World Wars, full of highs and lows. The Kaiser's daughter as a celebrity is compared to „Lady Di", who was born as Lady Diana Francis and became the first wife of the British crown prince Charles. But the comparison can be made only regarding the popularity of both women. Essentially, the Princess of Prussia was an aristocrat without scandals, able to sacrifice herself as well as being an example in fulfilling one's duties.

The internet bulletin „Prometheus" takes the 100th anniversary of her marriage as an opportunity to remember „the good old times" when Kaisers and Kings normally belonged to heads of state. Naturally, these „good old times" were also full of problems and need. But it is in the human nature to remember especially the beauties of the past.

Princess Victoria Louise is also well remembered by the US-Americans of German ancestry. Who knows her books gets the impression that the German Princess was a dutiful wife and mother, with a difficult political fate. From childhood she had been brought up stricly and with discipline, also with the possibility of becoming a regent one day. But the revolutions in Germany and the removal of aristocracy in 1918 have led to a different development. 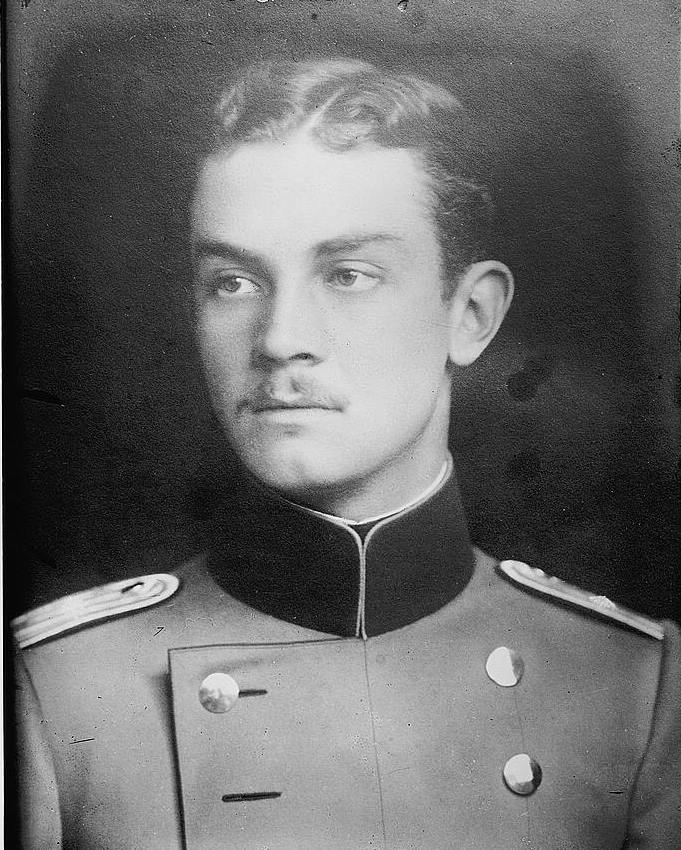 The „handsome Prince" and Duke of Braunschweig Ernst August and the daughter of the German Kaiser were a famous couple. The Princess of Prussia remained faithful to her husband even after his death. She never remarried.

Marriage reconciled the Hohenzollern and the Welfen

The daughter of Kaiser Wilhelm II. married in 1913 the Duke of Braunschweig and Lüneburg Ernst August Christian Georg, Prince of Great Britain and Ireland. The marriage on May 24, 1913 was first considered an „arranged wedding", but in the end became a marriage from love. The engagement and falling in love with the good-looking Prince Ernst August III. of Hannover took place on February 11, 1913 in Karlsruhe. Princess Victoria was then 21 years old. He was her first and only husband. The marriage at the same time meant the end of the conflict between the two aristocratic dynasties, of the Welfen and the Hohenzollern, which had lasted since 1866. The marriage of the newlyweds described as „beautiful couple" was glorious and one of the last great social events of the European aristocracy before World War I. The „entry of the couple in Braunschweig in 1913 was rejoiced", was reported about the event.

Victoria Louise's only daughter Friederike married on January 9, 1938 in Athens the Crown Prince Paul of Greece. Later, she became the Queen of the Hellenes. To Victoria's grandchildren belong these still living: Queen Sophia of Spain, ex-King Konstantin of Greece (who has been living for decades in exile in London), and Ernst August V, who is married to Princess Caroline of Monaco, daughter of Grace Kelly. One great-grandson of Princess Victoria Louise is the Spanish Crown Prince Felipe, Prince of Asturias.

Honors and loved by the people

The beloved Princess received many honors ever since her childhood. Already in the year of her entry into schol in 1899 was in the center of Berlin-Schöneberg a place was named the Viktoria-Luise Square. Later, an underground metro station was built there, and up to this day it is a well-kept public square in the capital, lined up with houses in art nouveau style. In one of the magnificent buildings lived in 1930s among others the later Hollywood producer Billy Wilder. The city of Braunschweig named the Victoria-Luise Street after the former dutchess, and also in 1923 the town Soltau named after her the street bordering on the Imperial Riding School. In 1912, the air ship Zeppelin was christened after her name. In many cities, schools were named after her. She also gave her name to the „AMS Victoria Louise", a training ship of the Imperial Marine. And the first cruiser in the world carried the name Princess Viktoria Luise.

Along these honors, the Kaiser's daughter was life-long engaged in social, historical, cultural activities and in social life. For many years she was the Grandmaster of the Alexander Order for Art and Science, which maintains the memory of the cultural heritage of Alexander the Great. 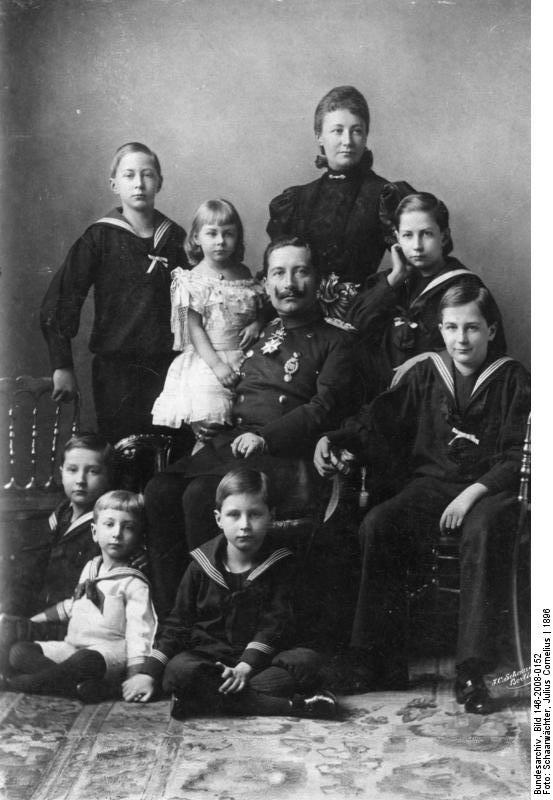 End of Pomp and Glory

The Pomp and Glory, which surrounded the Kaiser's house and the aristocracy, ended with the World War I, which was lost by the Germans. On November 8, 1918 also Victoria's husband was forced to resign. The „Suffering of the Weimar Republic" began. The World War II arrived, and iits end in 1945. Until then, there were times in exile, as well as various residences in Germany and abroad. The family escaped in 1945 from the Harz region from the advancing Communist Russian troops to the Marienburg Castle near Hannover.

The fate took its course: after the end of her husband, in 1954 a conflict arose between her and her son Ernst August, who had in the meantime became the head of the family. Princess Victoria Louise finally left at the age of 62 years the Marienburg Castle and moved in the small town of Riddagshausen. But in the days of her need and sadness, she was supported by the „Braunschweig Circle of Friends". With the support of this circle of friends, Victoria Louise was active until old age in many initiatives concerning the German life and traditions. In the years from 1965 to 1974, the Princess attracted much public interest with her publication of seven books about her life. In the fall of 1980 she moved into a home for old people in Hannover, where she died on December 11, 1980. Her body was burried next to her husband in Hannover-Herrenhausen, with great participation of the people.

In the reverence of the people, the Kaiser's daughter remains in their memory as a woman who has lived the often-quoted „good German virtues", accepted joy and suffering in life as „given by God" without lamentations and complaints and who never lost the „belief in the good in people".