Uttarakhand floods: Natural disaster or fury of the protector Goddess? 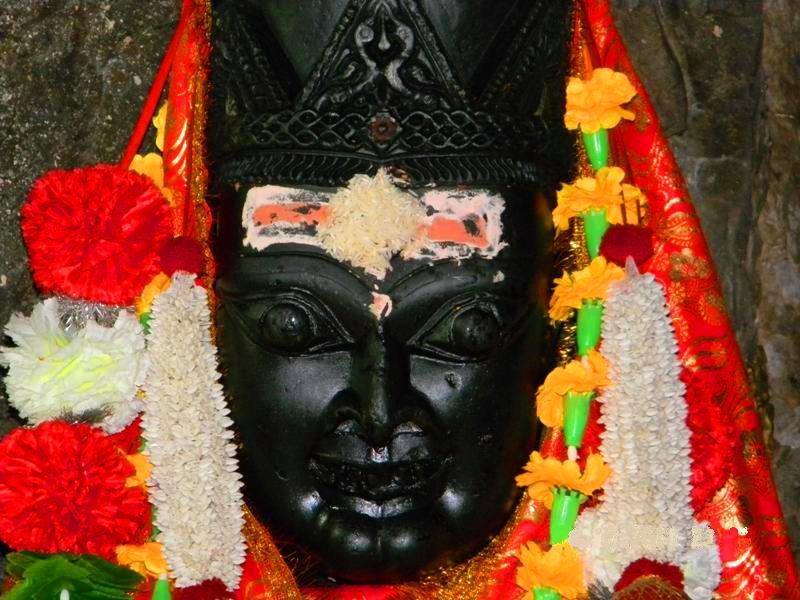 Delhi/New York (mea) Uttarakhand floods: Natural disaster or fury of the protector Goddess? Believe it or not, many are asking this question today. You may call it prejudice or religious fervor, but there lies an extremely interesting fact behind the recent flash-floods that started in the holy town of Kedarnath and then subsequently have destroyed many towns in the North Indian state of Uttarakhand.

Many will dismiss it as "pure coincidence". Dhari Devi (the Goddess pictures below, a form of Devi Parvati / the Divine Mother Maha Shakti; Lord Shiva's consort) has been considered from millenniums the protector Goddess of Uttarakhand from floods and devastation.

Her ancient temple is located between the towns of Shrinagar and Rudraprayag (both towns are now completely destroyed). Her temple has been at the center of a dispute between the local public and the government, because Her temple will get submerged if the construction of a proposed dam goes ahead.

It is interesting to notice that some Government officials removed her deity at 7.30 on Sunday (16 June 2013) so that the construction work of the dam can go ahead, while the great deluge in Kedarnath struck exactly 45 minutes later.

Now Her deity is missing.

There are many stories of miracles related to Her. The most popular one is Her love for the open sky. Every time someone tried to construct a roof over Her deity, a column or something would collapse. Therefore, She is the only deity in India that is always kept under open sky.

This might have led to the widespread belief that She protects Uttarakhand from the fury of the skies. The entire world now knows what happened after Her deity was removed from the spot of Her choice (there are mythological stories behind this fact too).

One thing is for sure, the month of June is not the time for floods in this region. Actually, even the water level of the Ganga river never used to be considerably high in this month. I have grown up along the river Ganga (I have lived in Rishikesh since 1985), so I know this very well. The river level always started to increase in July and reached its peak in August - September. It used to take months to reach its highest level, which indeed was never as high as it was this time. The month of June was always considered the safest and best period to travel in the Himalayas. 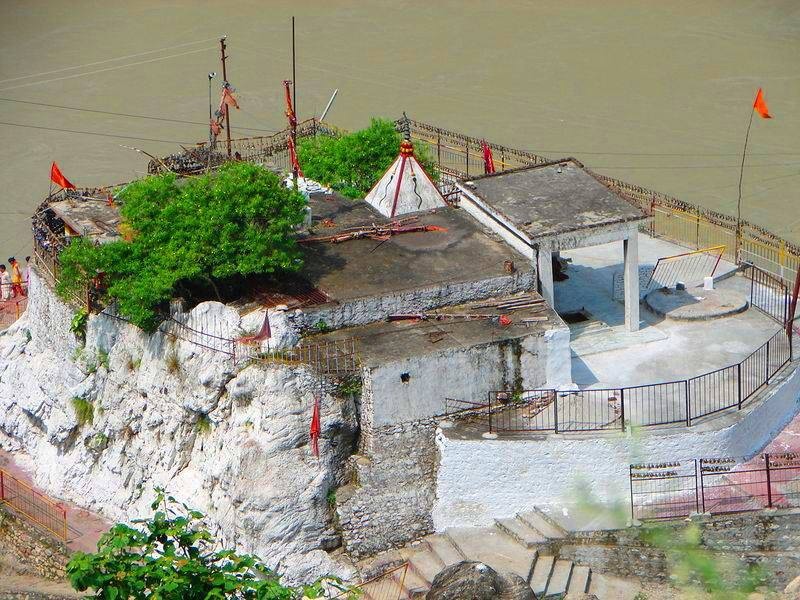 This is how the village of Kedarnath in the Himalayas, and the ancient Kedarnath Temple look after the horriffic floods in June, 2013.

Check out the link below for more information:

More photos of the floods in Uttarkhand, Himalayas: 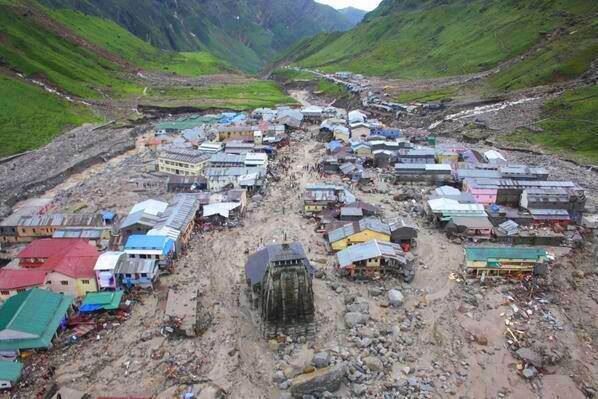 This is how the former village of Kedarnath looks now, in June 2013, after the floods. 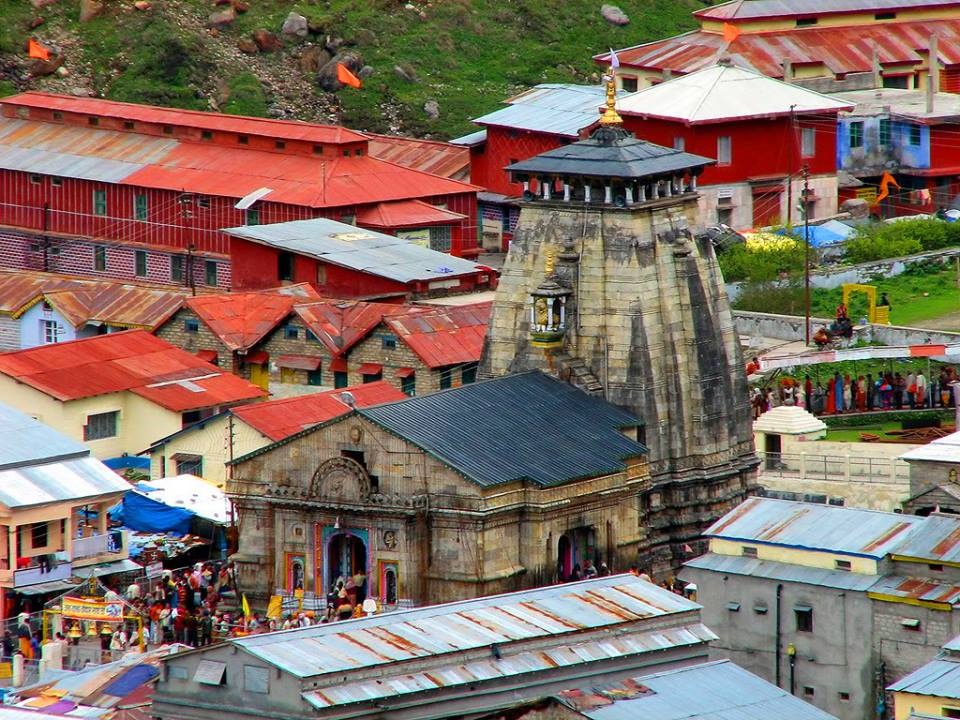 The miraculous survival of one of the holiest and most ancient temples of Lord Shiva. The village of Kedar-Nath has been worst hit by the recent floods. The entire village has been wiped out. Miraculously, the sacred temple, one of the most sacred temples of India, has survived the floods. Moreover, over 2,000 pilgrims have taken shelter in it and have been protected from the wrath of mother nature. 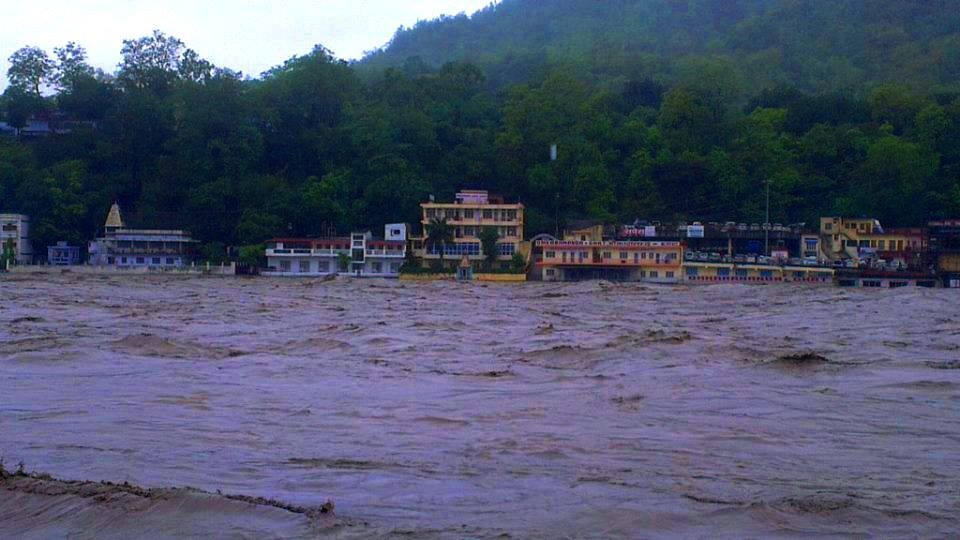 Ashrams along the Ganga in Rishikesh. 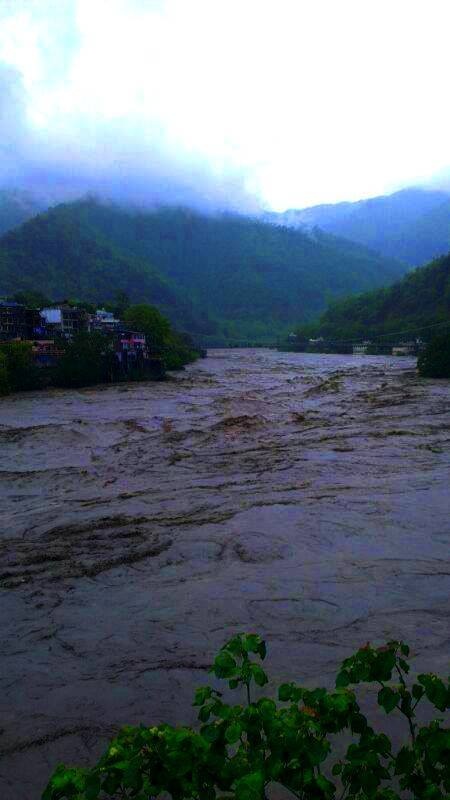 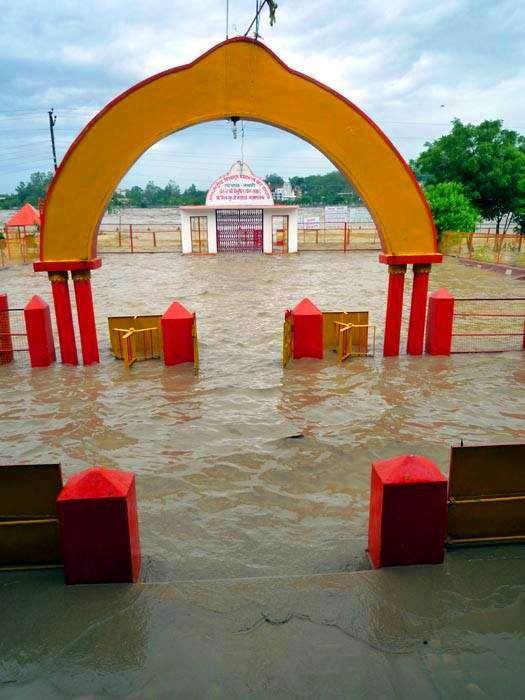 The Veda Niketan Ashram in Rishikesh is flooded. 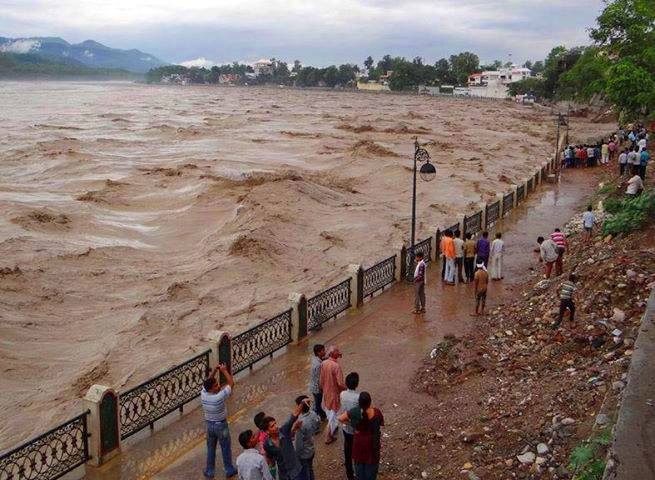 Astha Path (Marine Drive) along the Ganga in Rishikesh.