Czech President Zeman has the courage to speak the truth:

The mass Muslim migration into Europe is an 'Organised Invasion' 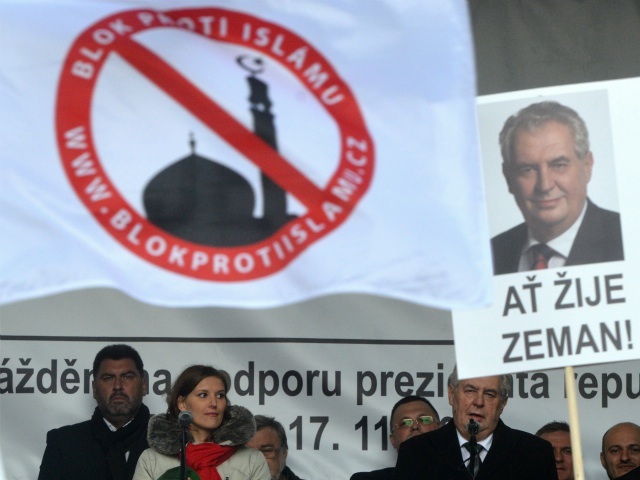 The Czech President Milos Zeman is one of the few European statesmen who speak up against the ongoing mass invastion of Europe by Muslim migrants from Asia and Africa. In his position he is supported by the governments of Poland, Hungary and Slovakia, who also express the will of their people. On the other hand, the German Chancellor Angela Merkel, who caused much of this tragedy by her dictatorial action, has become the most hated politician in Europe.

(Prague/New York) The Czech President Milos Zeman called the current wave of refugees to Europe "an organised invasion", and that young men from Syria and Iraq should instead "take up arms" against the Islamic State (IS) group.

"I am profoundly convinced that we are facing an organised invasion and not a spontaneous movement of refugees," said Zeman in his Christmas message to the citizens of the Czech Republic.

He went on to say that compassion was "possible" for refugees who are old or sick and for children, but not for young men who should be back home fighting against jihadists.

"A large majority of the illegal migrants are young men in good health, and single. I wonder why these men are not taking up arms to go fight for the freedom of their countries against the Islamic State," said Zeman.

He added that their fleeing their war-torn countries only serves to strengthen the IS group.

The country's former Presiden Vaclav Klaus shares the same position. In fact, in November 2015 he started a petition to European heads of state against this avalanche of mass Muslim migration of mostly young men of military age, and sees it as a great danger for Europe.

Muslim Brotherhood behind the mass migration

In the most recent developments, President Zeman informed the public that the migration crisis was the result of a plan by the Muslim Brotherhood to gain control of Europe. While the organization lacks the ability to launch a military invasion, it has turned to invasion by migration instead. He said that the Moroccan foreign minister and a crown prince from the United Arab Emirates were the sources of this information.

"Based on these two sources, Muslims and leading Arab politicians in both cases, I believe that the invasion is organized by the Muslim Brotherhood using, naturally, the financial means of several states", proclaimed the Czech President.

A recent survey showed that more than 90 percent of Czech citizens strongly oppose any admission of migrants and refugees from Asia and Africa into their country, and they expect that the Czech army will protect the country's borders from these invaders.