The man of Marlene Dietrich's dreams used as an arm chair 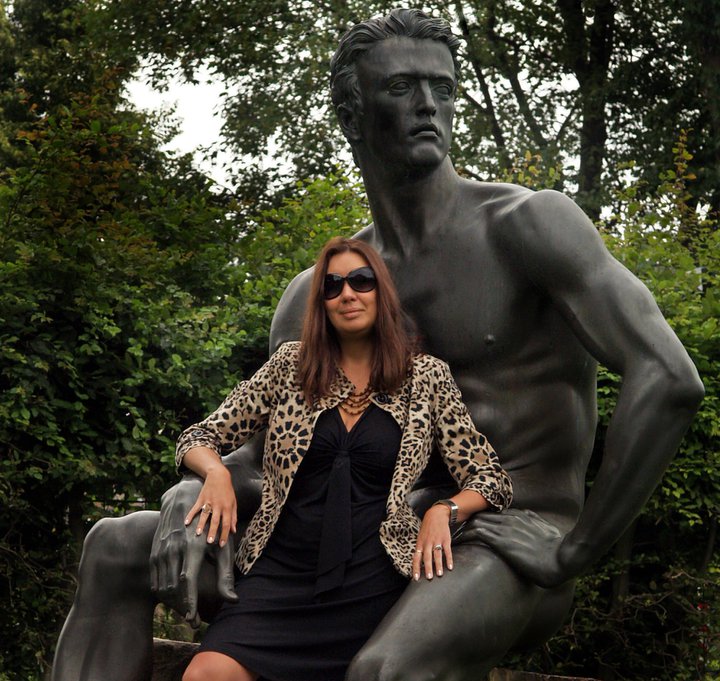 What have Marlene Dietrich and Sandrine Woelffel from France in common?

The psychologist says: the admiration for the classical sculptures of Arno Breker! The good taste proves: the beauty in art is always "modern".

New York/Berlin (mea) An extraordinary arm chair is used by the charming Sandrine Woelffel. The French translator is the co-author of the book "Arno Breker: Sculpteur, Dessinateur, Architecte" by Ronald Hirlé (Paris/Strasbourg). She found the "seat" in the Arno Breker Museum in Germany. After testing it, she said: "I felt comfortable, safe and protected".

No doubt: also Woelffel has become a fan of Breker's art, especially of the sculptures, just as Marlene Dietrich was. This famous movie star and singer said this during the World War II in New York about Breker's art: "He creates in Germany the men I am dreaming of in Hollywood."

A different version preserved by Mala Rubinstein. According to her, Marlene Dietrich had said:."…I am longing for in Hollywood."

The richly illustrated book "Arno Breker" by Ronald Hirlé is published in German and French.

The French book should be especially helpful to make Arno Breker, the world's leading sculptor of the Classical tradition in the 20th century, better known to the French speaking young generation in Canada.