Prince Felipe of Asturias and Letizia:

Spain and Europe celebrate the Royal Wedding of 2004 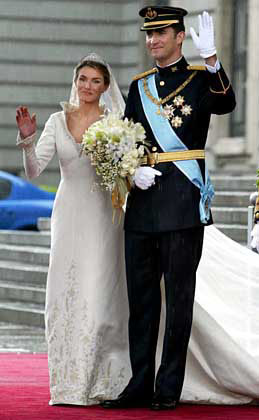 Felipe of Asturias (36), the Crown Prince of Spain and Princess Letizia Ortiz (31). They were married in the Almudena Cathedral in Madrid on Saturday, May 22, 2004.

(Madrid). Already two hours before the wedding, over 1,400 guests have gathered in the Almuden Cathedral for the royal wedding of the year 2004. Among the many guests were members of 30 royal houses and 15 presidents and heads of state. Outside, more than 5,000 people filled the square between the Cathedral and the Royal Palace.

This was the biggest social event in Europe in the last 23 years, since the wedding of Charles, the Prince of Wales and Diana.

King Juan Carlos and Queen Sophía of Spain, the parents of the groom, gave a gala-dinner at the Prado Palace in the evening before the wedding, which was attended by 350 guests. Prado Palace was the place where the couple first met in late 2002. At that time, Letizia Ortiz was the host-moderator of the most popular TV news-show in Spain. 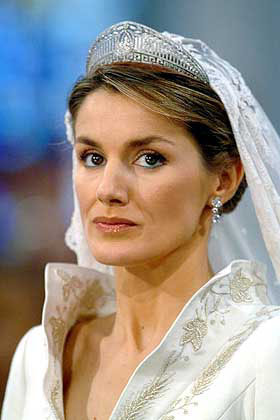 Princess Letizia, wife of Prince Felipe of Asturias, the Crown Prince of Spain. 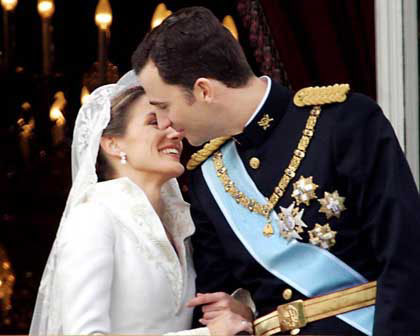 Prince Felipe kisses the bride after the ceremony in the Almudena Cathedral in Madrid. Over 5,000 people filled up the square between the Cathedral and the Royal Palace. 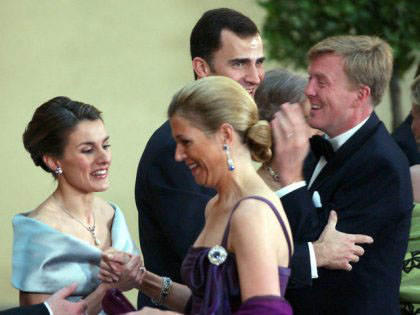 King Juan Carlos and Queen Sophía gave a gala dinner in honor of the young couple at the Prado Palace on Friday evening. More than 350 guests included representatives of about 30 European royal families and 15 presidents. Prince Felipe and Letizia welcome Prince Willem-Alexander of the Netherlands and his wife Maxima. 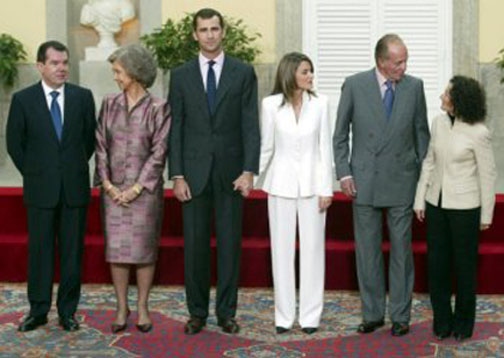 Prince Felipe and Letizia, with their parents before the wedding. 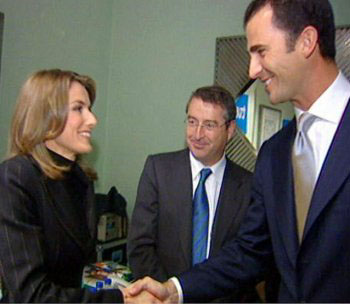 The first meeting of Felipe and the popular Spanish TV news-show host Letizia Ortiz in October, 2002. 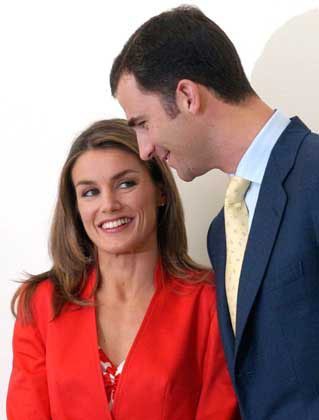 Letizia Ortiz and Prince Felipe of Asturias during their engagement.