Video documentary about three creative periods of the sculptor 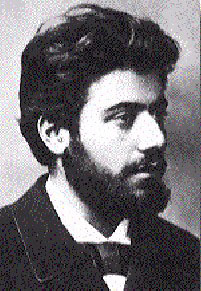 Music of Gustav Mahler accompanies the sculptures of Arno Breker. Mahler was born on June 7, 1860 in the Moravian town of Kalischt. The Austrian composer and conductor became the guest conductor of the Metropolitan Opera in New York at the age of 47, and in 1909 became the conductor of the New York Philharmonic Orchestra. He died on May 18, 1911 in Vienna. Arno Breker was then just 11 years old.

Berlin (bpb) The MARCO-Edition has published the documentary film "Arno Breker: Sculptures and Music'. The film shows sculptures and reliefs of his three creative periods. This movie-collage has been put together by Marco Bodenstein, and is accompanied by the music of Gustav Mahler. A special charm of the documen is due to the fact that there is no commentary. While looking at the pictures, the viewer can pursue his own feelings and impressions. Next to the brief text as an introduction, the only accompaniment is the Symphony Nr. 10 by Mahler (1860-1911).

The film begins with the early sculptures. The classical period is introduced with a film clip of the Olympia Stadium in Berlin. This is followed by the bronze sculptures "Decathlete' and 'Victory". Both sculptures stand on their original spot, where they were displayed during the 1936 Olympic Games.

Additional sculptures and reliefs were further photographed at the Arno Breker Museum at the Nörvenich Castle near Köln, as well as at the Henry Moore Institute in Leeds, during the museum's exhibition "Taking Positions". This exhibition was the initiative of the art historian Dr. Penelope Curtis. The exhibit has been shown for over a year in Leeds, England, in the George Kolbe Museum in Berlin and in the Gerhard Marcks Museum in Bremen. Shown are, among others, bronze sculptures "Wounded Man', 'Victory', 'Venturer', 'Torchbearer', 'Walking Woman with Scarf', 'Readiness' and 'Herold'. The film would be appropriate and useful for art classes in schools and art academies. It is accompanied by a supplementary printed text.

(VHS-Video: Arno Breker: Sculptures and Music. Length about 20 minutes, Can be ordered in USA from: zavrel@meaus.com