Elvis Presley: Gay or not Gay? 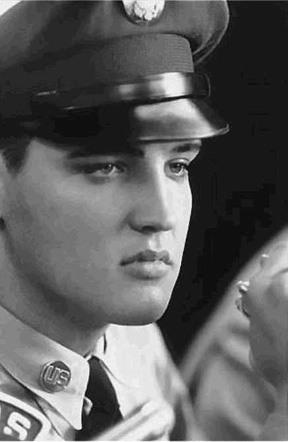 Magic eyes and soft lips are "trade marks" of Elvis Presley. When he sang with his romantic voice "Are you lonesome tonight…", the hearts of millions people were melting. Not only girls, but also boys and men loved this song.

Paris/New York (bpb) "Elvis Presley: Gay or not Gay?" this is the speculative question after the 75th birthday of the late King of Rock on January 8, 2010. This interesting point was never discussed in public since the King of Rock and Roll was found dead in his bathroom August 16, 1977 in Memphis, Tennessee. The singer was only 42 years old.

In all these years, the past sexual orientation of Elvis Presley was an absolute taboo. Therefore, it is high time to discover the mystery. His management team had always presented him as the sexiest womanizer. Many films and thousands of photographs support this image. The arguments of the Public Relations were: "Sexy Elvis sells better with beautiful girls."

But there are other facts to think about: Elvis Presley was all his life more surrounded by men than by women, except in his childhood. He started his career as a singer, with an absolutely all-male management. His bodyguards were mostly handsome young men. Among them one could see smart looking guys with six-pack-bodies. His companions in the army were day and night only men.

Elvis also liked to be friends with sensitive persons, and he had one barber in USA, it is said. He introduced Elvis into the spiritual world of Asian philosophy. The result was: four other gays of his entourage protested against this "spiritual occupation", fearing to lose their own influence on the "beloved boss". 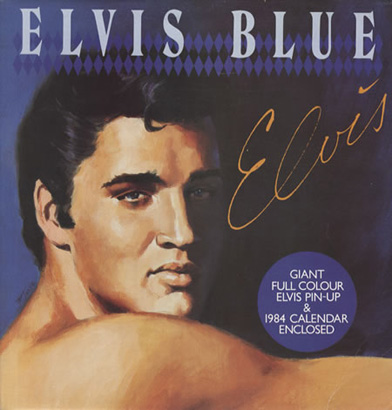 Attention: this is not a cover for a Blue Movie by Andy Warhol. This fine painting decorated a record edition of hits by Elvis Presley in his lifetime in Australia. The designer created the portrait of the singer in a timeless pose.

No doubt: in all the decades of Elvis Presley's career and success as singer and movie star, it would have been most dangerous for the "King" to be called a "Gay, Homosexual or even a Bisexual." But 33 years after the Kings death, it must be now allowed to find out all secrets of his life. It will not be harmful to him any more.

In the meantime, many politicians, international artists, sportsman and movie stars (man and women) had their "coming out", like the late singer Freddy Mercury or the famous Elton John. The public around the world has also forgiven Rock Hudson his bi- or homosexuality. One remembers first of all the phantasticly good looking Hollywood star and the unforgettable, charming Doris Day. Both outstanding artists belong to the „Hall of Fame" of Hollywood.

What have our liberal and more tolerant times brought us in the field of sexuality? It is publicly known: The mayor of Berlin, Klaus Wowereit (Social Liberal Party of Germany) is in partnership with a man. The same practice we find with the German Foreign Minister Guido Westerwelle from the FDP (Free Democratic Party). In this high ranking position, Westerwelle is the official political partner of US Foreign Minister Hillary Clinton.

Both German politicians are not afraid to take part with their "men" also at official events. By the way: such cases you will find in most of the so-called Western countries. These developments became for many a part of freedom and self-destination. At the same time, these changing morals are highly criticized.

And what about Elvis Presley in 2010?

The 'EP Research Group' would like to find out more about the "real Elvis". For instance: What is behind his best selling singles, the ballads "It's Now or Never" and "Are You Lonesome Tonight?" Are the text and the melodies autobiographical? When and how long was Elvis himself "lonesome at night and during his life?"

Attention: You can support the "Elvis Research" by sending information and comments to the E-mail: bbp-pressebuero@gmx.de . A questionaire regarding the information will be provided.