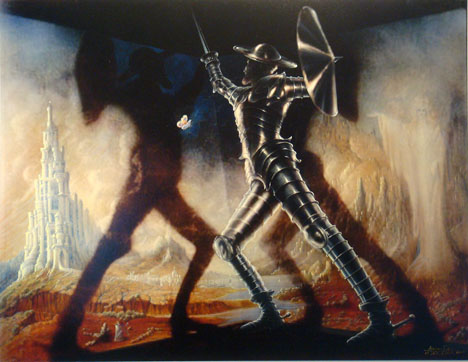 Le Mont-Dore/New York (mea) The well-known town of Le Mont-Dore in France will host the 2010 exhibition of leading European painters of fantastic and imaginary art. These exhibitions, originally organized by the art movement 'Dalí's heirs', started five years ago, and have grown much over the years.

These eleven artists will show 55 paintings in the neo-bysantic halls of the spa resort town of Le Mont-Dore. The theme of the year is: 'Light and Shadows".

The most expensive book in the world: 'Book of Apocalypse' by Salvador Dalí. It will be also on display at the 2010 SAFE exhibition of fantastic and imaginary art.