ROGER PEYREFITTE: ALEXANDER IS MY DESTINY 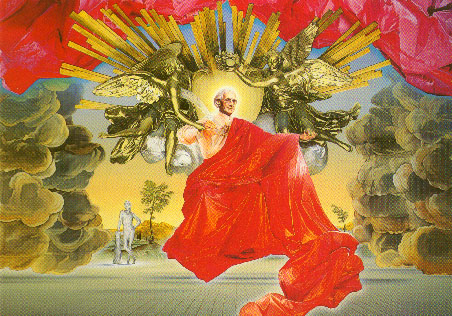 Paris. "Alexander is my destiny:" so says Roger Peyrefitte, the white-haired author with the bright eyes, who will turn 85 on August 17, 1992. "What! Has it been 85 years already?," jokes the well-known writer of such books as The Keys to Saint Peter's and Paris is a Whore , as well as novels and documentaries like that on Charles de Gaulle. It is his three-part biographical novel on Alexander the Great, however, which he considers his life's work. This trilogy has also been published in Germany.

That he is no "saint," Peyrefitte will himself attest. Born in 1907, in Castres, the son of a wealthy southern French landowner, he received an excellent education, including attendance at the Jesuit College of Saint Benoit in Ardennes. He later studied French language and literature. In 1930, he took a diplomacy exam at the Institute for Political Science in Paris, and until 1933 was employed in the foreign ministry. Then followed five years in a diplomatic post in Athens. "There my inner passion for antiquity and timeless beauty was fully roused." He has always been true to this love.

Peyrefitte experienced his literary breakthrough in 1944, at the age of 37, with the book Secret Friendships . It is a bestseller to this day. While this story "gently and tenderly" describes the romantic affection between boys at a boarding school, Peyrefitte, in later works, does not shrink from controversial themes. In his book, The Keys to Saint Peter's , he criticized the Vatican, and he reported the consequences of this in the book Young Pray . In The Maltese Knight , Peyrefitte once again attacked the weaknesses of the papal administrative machinery.

Peyrefitte, who, like his deceased colleague Jean Cocteau, remained unmarried, always knew interesting women of diverse backgrounds. Among them are the dark-skinned beauty Josephine Baker, Edith Piaf, Leonor Fini, 'Gigi' author Colette, the actresses Romy Schneider and Arletti, and "the lippiest broad in Paris," Germaine Germaine, a.k.a. Manouche. In a book of the same name, which they co-authored, he let her have her say.

Peyrefitte had bad luck with Marlene Dietrich, the Hollywood star from Germany. When he portrayed her in his book The Americans, as a woman who changed her political opinions to suit her publicity needs, she brought him to trial. The author was condemned and ordered to pay her 20,000 marks in compensation. That was in 1969 and is forgiven, says Peyrefitte today. When he next visits Berlin, he wants to visit Marlene's grave. "I love Berlin and the Pergamon Altar."

He has a much better relationship with Uta Ranke-Heinemann, a theology professor. This author and critic is a "German Joan of Arc, who courageously battles injustice." It is not surprising, therefore, that Peyrefitte, as Grand Master of the Alexander Order for Art and Science, awarded honorary membership to her, the daughter of the deceased German president and the first woman to be admitted into the group which he "democratized." Peyrefitte also has a liking for Princess Gloria of Thurn and Taxis. He congratulated his friend, the Prince Johannes, upon his marriage to her. "I love strong women," says Peyrefitte. He would like to memorialize them in a book. "Let's see how much time the gods will give me yet."