"The mass migration crisis was created by the USA and by Western Europe. Europe is committing suicide" 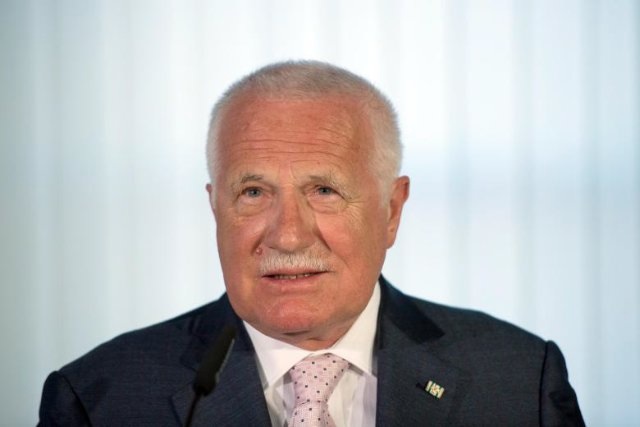 Václav Klaus is deeply worried about the fatal consequences for Europe of the wave of mass Islamic migration into Europe, which was caused by the German Chancellor Merkel. All this is done against the wishes of the people of the European Union, while most of the controlled media ignore the will of the people.

"The United States and some West European countries have created military conflicts in Iraq, Syria, Libya and Afghanistan.

Without these wars, this huge migration wave would not have arisen.

The European countries should have refused entry to any refugees whatsoever.

Migration is not a natural human right. Believing that it is is a fatal error and if Europe continues to hold this belief, it will commit suicide.

As you can see on television, these people are not impoverished unfortunates from conflict zones but young men in fancy clothing with mobile phones and IPads," said the Czech president Václav Klaus.

"Europe is betraying itself in an unprecedented way.

In the past, we were able to talk to each other and to present a united front against Genghis Khan, the Arabs and the Turks.

Nowadays, no rational power exists in Europe which would be capable of protecting the standards of living which we have reached and which we deserve. This is a total failure of the EU political leadership."

Klaus also strongly criticised the European Union for not defending the Schengen area: "For 18 months, smugglers' boats have been arriving at European shores with thousands of migrants and it was not until now that the EU has, with its typical 'decisiveness', decided to check them slightly more thoroughly from mid-September.

Now Hungarian railway stations are besieged. When will this wave reach Prague? In a week?

And no one does anything. This is stupid, silly, but also horrifying."

Klaus added: "I have just read an excellent article in an Australian newspaper saying that Europe will be the first continent to commit suicide by political correctness. This is absolutely true."

Former Czech President Václav Klaus writes in the German newspaper Die Welt that immigrants will never accept European norms of behaviour and that by inviting them, the German Chancellor Angela Merkel and the German President Joachim Gauck are destabilising Europe.

"The social sciences teach us that the internal cohesion of the community is essential to the smooth and productive functioning and the necessary stability of any society," says Klaus and continues: "Today's debate on immigration ignores these elementary facts.

The multiculturalist ideologues believe that it is possible to ´replenish´ the countries of Europe with immigrants without any problems.

It is a deliberate purpose of such a "welcoming policy" to destroy the cohesion of the existing European societies and to create a new multiculturalist Europe.

But it is a myth to believe that mass immigration will have a positive impact for Europe.: Germany's experience with immigrants to date confirms this. Each person acquires his basic patterns of behavior in his youth and it will not be possible to re-educate the immigrants to make them accept European values.

The current immigration wave has been caused by irresponsible German politicians, such as Merkel and Gauck, who have extended a welcoming hand to the immigrants and created a false hope for them that it will be possible for them to live in Europe.