What Libby's Indictment Means for the Jacobins 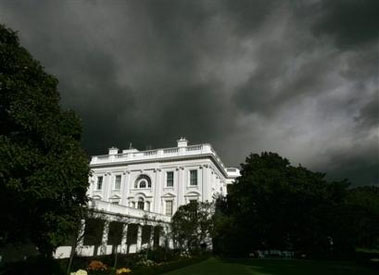 Lewis "Scooter" Libby, chief of staff to Vice President Richard B. Cheney and assistant to the president, has been indicted for a cover-up.

As U.S. attorney Patrick Fitzgerald made clear at the Oct. 28 press conference announcing Libby's indictment, he believes Libby "went before a federal grand jury and lied under oath repeatedly and fabricated a story about how he learned this information, how he passed it on." By obstructing Fitzgerald's investigation, Libby has prevented Fitzgerald and the grand jury from finding out WHO leaked the name of the covert CIA agent, Valerie Plame, and WHY.

Libby did not lie, commit perjury, and obstruct justice for no reason. As Fitzgerald made clear, these are serious crimes. For a high government official to commit such crimes, the crime being covered up must be very serious indeed.

Those who have been following Bush's invasion of Iraq know what that crime is. They also know who are the guilty parties.

The crime is the falsification of intelligence in order to deceive Congress and the American people. The Bush administration could not have invaded Iraq unless Congress and the American people believed the U.S. was in dire danger from Saddam Hussein. Forged documents purporting to show uranium sales to Iraq and false intelligence reports from Iraqi exiles allied with neoconservative officials in the Bush administration served as the basis for the false claims about weapons of mass destruction and "mushroom clouds" made by President Bush, Vice President Cheney, and National Security Adviser Condi Rice.

The Bush administration neoconservatives who assembled the "intelligence" knew that it was false. The neoconservatives had their own agenda. They used the terrorist attacks of Sept. 11 to turn the Bush administration to their agenda. As the leaked top secret British government Downing Street memo made clear, the agenda was to invade Iraq, and "the intelligence and facts were being fixed around the policy."

There was a conspiracy among neoconservatives holding high positions in the Pentagon, the State Department, the vice president's office and the National Security Council. Lawrence B. Wilkerson, chief of staff to Secretary of State Colin Powell from 2002 to 2005, described the conspirators as "a secretive, little-known cabal … made up of a very small group of people led by Vice President Dick Cheney and Defense Secretary Donald Rumsfeld." Wilkerson says that the secret workings of this furtive cabal took foreign policy and decisions about war out of the normal government channels.

By creating false documents and false threats, the neoconservatives pushed the U.S. into an invasion of Iraq as the opening step in their plan for a wider war that would remake the Middle East.

Libby lied to the grand jury in order to protect this conspiracy.

Fitzgerald has stated that his investigations are not over. There are indications that Fitzgerald is aware that more is involved than the blown cover of Valerie Plame's CIA counter-proliferation operation. Fitzgerald is on the trail of the conspirators who have committed high treason by taking America to war on false pretenses.

Facing 30 years in prison, will Libby talk in exchange for a lighter sentence? Will members of the cabal come forward to save themselves before other members of the conspiracy seize the opportunity to turn state's witness?

Now that there is blood in the water, media executives will not be able to continue to muzzle reporters. Democrats might find some backbone. Republicans might realize that they are facing a far worse crisis than Watergate.

Will the unindicted co-conspirators at Fox News, the Weekly Standard, National Review, the Wall Street Journal editorial page, the New York Post, and the Washington Times learn the Judith Miller lesson, or will they continue to serve the conspiracy that hijacked U.S. foreign policy and deceived the country and, perhaps, President Bush himself?

Will neoconservative strongholds such as the American Enterprise Institute, the Hoover Institution, and the Heritage Foundation continue to back the agenda of a cabal that deceived our country into a disastrous war of aggression?

Unless America has lost its soul, Libby's indictment is the first step in the unraveling of a criminal conspiracy of high treason. Fitzgerald's continuing investigation could serve as the counterrevolution that overthrows the neo-Jacobin coup engineered by the neoconservative cabal.

President George W. Bush seems determined to take himself down with his sinking administration, declaring Iraq war that he will accept nothing but "complete victory" in what he has characterized as the first great war of the 21st century. Despite his failure as president, Bush might survive the housecleaning with a deal that leaves his father and Brent Scowcroft in de facto control of the White House. The elderly members of the old Republican establishment are all that remain of the GOP's credibility.