German TV reports on the 110. birthday of the sculptor Arno Breker

International honor and controversy in Germany 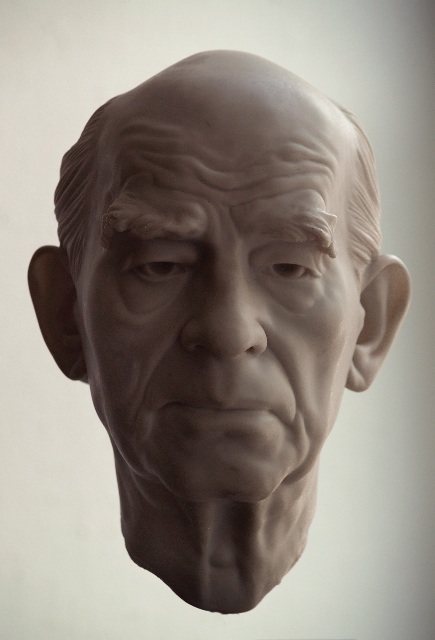 Portrait Arno Breker. Breker stood personally model for the Italian sculptor Alexander Kossuth. In this way, according to he opinions of contemporaries, was created the „the best portrait of Arno Breker" in the style of Classical Tradition. The photo shows an examplaire of the bust in fine Ara-marble.

Köln/Berlin (mea) The German TV station Westdeutsche Rundfunk (WDR) in Cologne has honored with a broadcast on the occasion of the 110. birthday of the sculptor Arno Breker on July 19, 2010, the most significant sculptor of the 20th century. At the same time, the TV channel critically remarked: „If Adolf Hitler had court architects, court lawyers and court actors, then Breker was his court sculptor. At the same time, in 1920s he was known as a lover of an artist society that was hated by Hitler. In Paris he met the poet Jean Cocteau and the film artistJean Renoir."

In the 1930s and 1940s, Breker had several studios in Berlin and in the surrounding areas of the Reich's capital. He dedicated himself, together with a large staff of co-workers, almost exclusively to state commissions with the task to create sculptures to adorn the buldings designed by the architect Albert Speer for the re-design of Berlin.

The author of the program is the journalist and publicist Jürgen Werth. He critically addressed the question of the artistic past of Breker. Since 1945, Arno Breker has been marked by the official art-scene and the media as a "controversial German artist". The editor of the WDR program was Hildegard Schulte. The program is listed in the section History, Art/Religion and is recommended to viewers over 15 years of age.

A point of interest: the Arno Breker Museum

In an accompanying text to the broadcast, the interesting art collection of the "Arno Breker Museum" at the Noervenich Castle near Cologne has been pointed out. The Bodenstein Family has set it up, in cooperation with Breker, as a Museum, to honor this "artist of the century". Mainly the later works of Breker are shown, together with art works of his artist friends Salvador Dalí and Ernst Fuchs.

In the Museum at the Noervenich Castle is also available the just-published pictorial volume "ARNO BREKER" by Ronald Hirlé (Hirlé Editions, Strasbourg, France).

Already weeks in advance, the WDR TV-sdtation publicized the broadcast of its program about Arno Breker on July 19 (his birthday) at 9:05 am. A repeat broadcast is on July 19, 2010 at 5:45 pm.