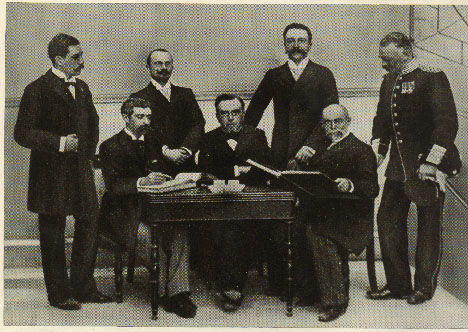 The first Olympic Committee meets in 1896: Baron de Coubertin is the second from left. 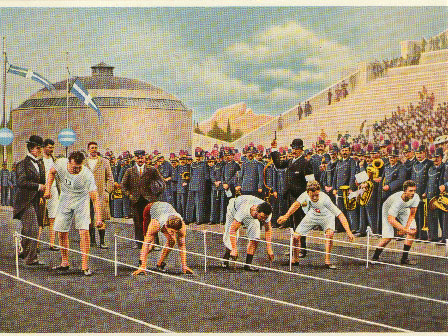 Athens 1896: The first Olympics of the modern era. The start of the final 100-meter run. The winner was the American Burke (second from left). His invention was the deep start, to be used by others in the future.

Paris 1900. The competitions took place at the Racing Club de France in the woods of Boulogne. The 500-meter track was covered with grass, trees stood in the way for the viewers. 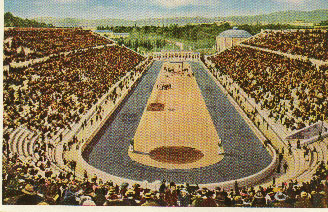 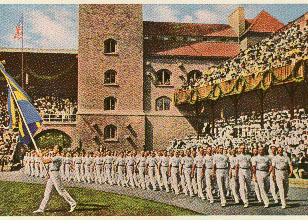 Stockholm 1912. The entry of the Swedish gymnasts into the stadium of Stockholm, build from granite and brick. Enchanted, the Royal Family watches the event. 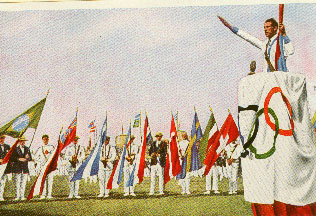 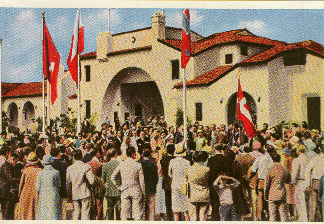 Los Angeles 1932. The Olympic Village of Los Angeles has become an example for the future. For the first time, the men lived here separated from the bustle of the exciting events. 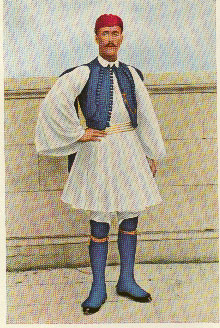 Berlin 1936: The Greek Louis Spyridon, the victor of the Marathon race at the First Olympics at Athens in 1896, is the last torch bearer in the torch relay from the ancient temple at Olympia to Berlin. He lights the Olympic vessel at the Olympia Stadion.