Listen to the Song of Silence 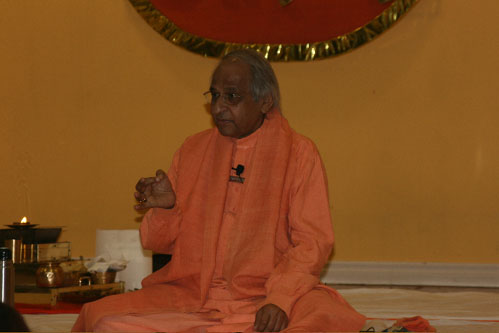 Swami Veda talking to an audience in Toronto in June, 2008.

New York/Minneapolis (meaus)  The Meditation Center is pleased to host this year's Congress offering all participants to experience the 'Song of Silence'.

From July 17 to August 1, 2009, Swami Veda Bharati will bring his Yoga Academy to the University of St. Thomas in Saint Paul, Minnesota to lead the 2009 Himalayan Yoga Congress.

Lear from Swami Veda, inspired and loving teacher, prolific author and poet known for his ability to guide audiences to calm states of meditative silence.

Join Swamiji, his acclaimed faculty, and Russell Paul, Yoga of Sound master and recording artist, at the 2009 Himalayan Tradition Congress.

Immerse yourself in one of the concurent 'Song of Silence' ashram retreats:

a) Teacher Training and Continuing Studies

For more information and to register, visit http://www.himalayanyogatradition.com/stpaul.html