Dedicated to Eleanor & Wilson Greatbatch in friendship and admiration 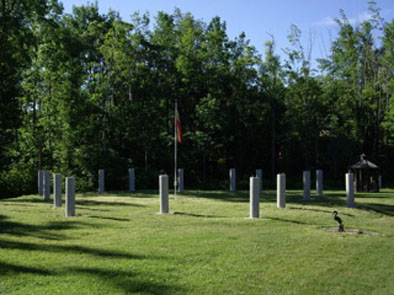 The Sculpture Garden under construction in May, 2007.

Clarence/NY (bpb) On the occasion of the 2008 Bicentennial of the Town of Clarence, New York, a "Sculpture Garden of Alexander the Great" will be presented to the public. It is a project of the Museum of European Art (10545 Main Street, Clarence, NY 14031) and its founder Consul B. John Zavrel. The Opening of the Garden will be on September 7, 2008. The public is cordially invited to attend this event, which will include guests from Europe.

"The sculpture garden is dedicated to Eleanor and Wilson Greatbatch", Zavrel said. "Mr. Greatbatch, the inventor of the implantable cardiac pacemaker, is one of the greatest sons of this town. His fascinating invention was the origin for further developments in the modern pacemakers of our time. The lives of millions of people around the world have been saved or significantly extended thanks this invention."

B. John Zavrel is the founder and director of the US Museum of European Art, Honorary Consul of the Czech Republic, and the Chancellor of the international Alexander Order Pour le Mérite for Arts and Science. He is the founder and managing partner of the auditing firm Zavrel & O'Donnell, PC in Clarence.

The Alexander Sculpture Garden is supported by the European Art Foundation (Germany/France) and several artists of our time. The sculptor Kurt Arentz, Renate Stendar-Feuerbaum, Karolin Donst, and Peter Hohberger have contributed portraits to the sculpture garden.

Join us in our common celebration

The suggested donations are: $ 300 per individual, or $ 500 per couple. All donors will receive a tax receipt for their tax-deductible donations, as well as a VIP ticket to the Dedication Ceremony on September 7, 2008. For more information, please contact the Director, B. John Zavrel at 759-6078 or by e-mail at zavrel@meaus.com

Join us in our common celebration of 200 years of heritage and growth !

SCULPTURE GARDEN OF ALEXANDER THE GREAT

The Knights of the Order and supporters include artists, scientists, writers, statesmen, intellectuals, business leaders, explorers and inventors. For more information about the Alexander Order, contact zavrel@meaus.com

The portraits of some of these personalities, immortalized in bronze and stone, will form the essence of the Alexander Sculpture Garden. 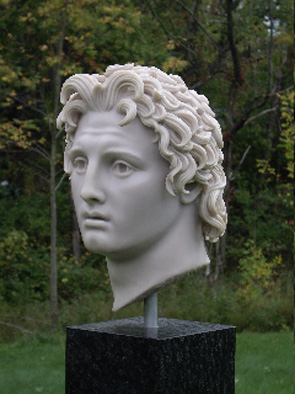 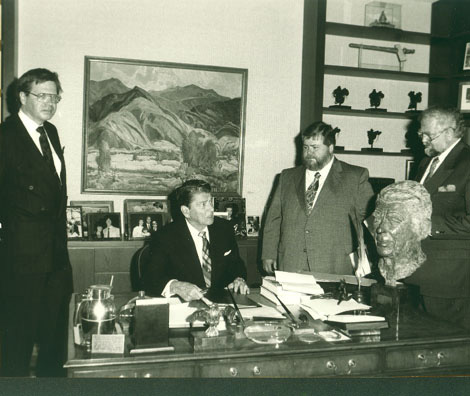 Consul B. John Zavrel (left) with the former US President Ronald Reagan, Ron Voth and the sculptor Kurt Arentz. 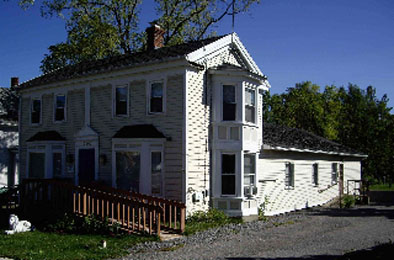 The Museum of European Art at 10545 Main Street in Clarence, located next to the Asa Ransom House, the Clarence Historical Museum and the Town Park.