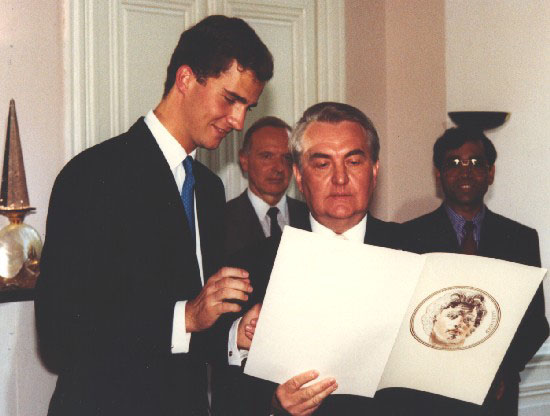 The Spanish Crown Prince Felipe has supported the cultural work at the Nörvenich Castle in Germany (seat of the Alexander Order) through his personal visit. The picture shows the Prince of Asturias (left) in the castle's 'Grand Hall of Princes' at the handing over of a document of the international Alexander Order for Art and Science. Also with him: the Lord of the Castle, Joe F. Bodenstein, the president of European Art Foundation John Gilbert Bodenstein (Berlin) and the Chief of Protocol of the German government.