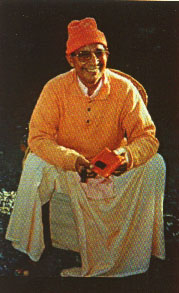 The Himalayan sage Swami Hariharananda ('Swami Hari') visited the Buffalo area in August, 2004. He is a direct disciple of the legendary Swami Rama of the Himalayas, said to be the greatest yogi of the 20th century.

Swami Hari's friendly, cheerful and compassionate personality attracts to him new friends in all the countries he visits. He spent many years at the 600-year old sacred shrine of Tarkeshwar in the Himalayas, where his master Swami Rama attained enlightenment in 1930s.

When not traveling around the world, he spends most of his time in Ramnagar, Swami Rama's ashram in India, located in the ancient city of Rishikesh in the foothills of the Himalayas.

Swami Hari gave a SERIES OF UNIQUE LECTURES on yoga, and guided meditations.

For DVD recordings of the above lectures, please contact John Zavrel at 759-6078,

TARKESHWAR TEMPLE in the Himalayas

TOLI, the birthplace of Swami Rama of the Himalayas 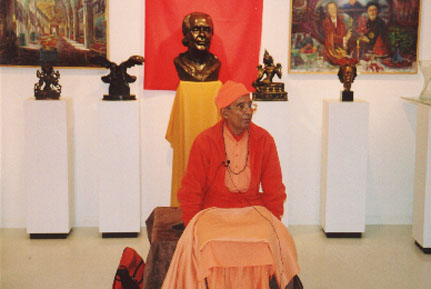 Swami Hariharananda giving a series of six lectures on yoga and meditation at the Museum of European Art in August, 2004.