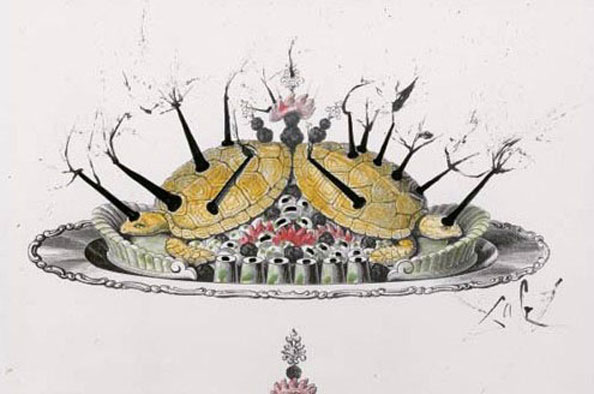 From the recent auction in Paris of special works by Salvador Dali from the Captain John Peter Moore Collection.

Fine Arts and Exhibitions around the world ...

THE MIRACLE OF CREATION. Exhibition at MEA in October, 2003.

INVITATION TO ARTISTS: Exhibition "WOMEN, MUSIC AND DANCE" at MEA 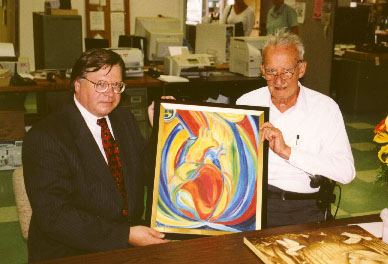 Consul B. John Zavrel (left) with Dr. Wilson Greatbatch on the occasion of his 84th birthday, showing him the latest addition to the "ELEANOR & WILSON GREATBACH COLLECTION": the original painting 'The Flaming Heart'. The work of art was created especially for the Collection by the successful German painter BIRGIT SEWEKOW from Leverkusen, out of admiration for the life work of the world-known Clarence inventor.

With this gesture, Birgit Sewekow joins other American and European artists in donating their works of art -- sculptures and paintings -- the the Museum of European Art's collection honoring not only Wilson Greatbatch, but all inventors in general. 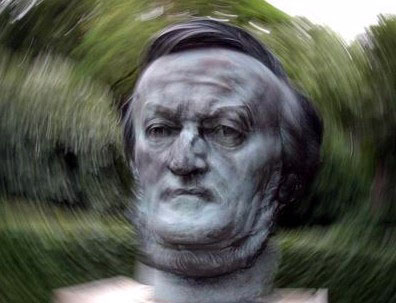 The 2003 Richard Wagner Festival in Bayreuth is sold out, as for four weeks the music lovers make a pilgrimage to this cultural metropolis of Bavaria. Everything revolves around Richard Wagner: on this photographically changed photo of the Richard Wagner bust by the sculptor Arno Breker (1900-1991). This bust, created in 1939 is displayed in the theater's park, along with additional busts by Breker of the family: Franz Liszt, Cosima Wagner, Winifred Wagner and Siegfried Wagner.

HIMALAYA: THROUGH THE LENS OF A SADHU. A book review by B. John Zavrel

Boulevard from around the world ... 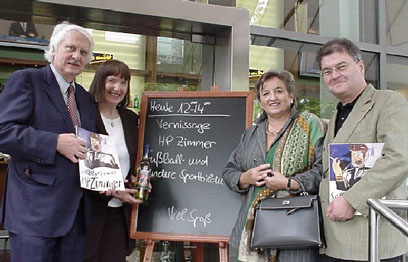 HP Zimmer in the Lindenlife Berlin: The art-expert Dr. Horst Kerlikowsky (left), Vera Zimmer with the media expert Jutta Vogel and the founder of the 'Boulevard-Metropolis' Stephan Vogel, holding an exhibition catalog about the German painter HP Zimmer.

Andy Warhol Stamp from USA, by B. John Zavrel

The Lobkowicz Castle in Bohemia, by Consul B. John Zavrel 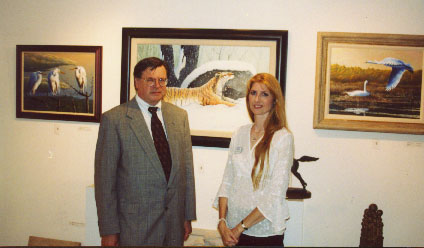 Co-directors of the Museum of European Art, John Zavrel and Mary McAndrew at the opening of the exhibition 'Nature and Wildlife' in July.

Facts and Photos from Art History ...

Anatomy of Man by Wilhelm Tank, by Joe F. Bodenstein

Dali's „Birth of the New Man" in Museum Collection 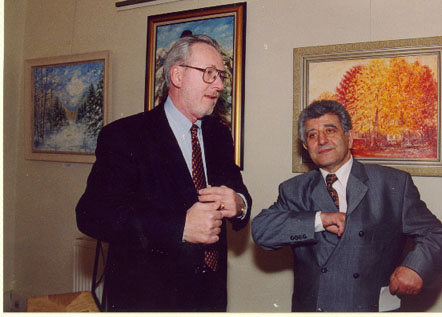 The Buffalo painter Binyamin Shalumov (right) at the opening of his recent exhibition in Moscow. With him is Edward Kolakowski, the Cultural Attache at the US Embassy in Moscow. The exhibition opened on April 25, 2003 and ended on June 1, 2003 -- the artist's 69th birthday. 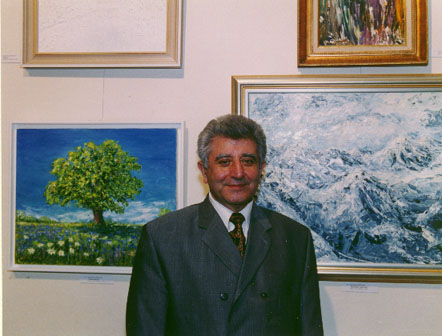 Binyamin Shalumov posing with some of his 84 paintings shown in Moscow. Several of the works have been previously exhibited at the Museum of European Art, including the work "9-11: Manhattan-Moscow", now in the collection of the US Ambassador in Moscow.

Philosophy and science of yoga and meditation ...

ZARATHUSHTRA: TEACHER OF THE PATH OF FIRE AND LIGHT. Seminar in Rishikesh, November 16 - 25, 2003

MY LAST DREAM FOR THIS LIFE, by Swami Veda

The Next Thousand Years, by B. John Zavrel

Eye Witness Reports and Photos from Around the World... 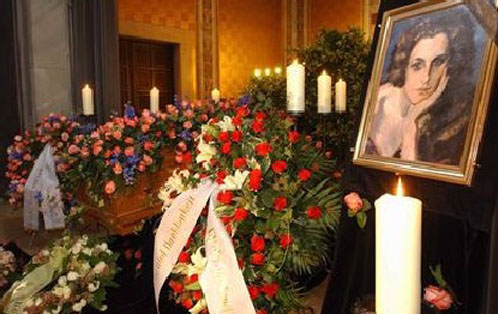 Red roses on the coffin of Leni Riefenstahl at the ceremony on Friday, September 12, 2003 in Munich. Music from Tannhäuser by Wagner was played, as well as from her films. A portrait-photo by Eugene Spiro reminded about the departed. She herself has planned the details of the ceremony: no invitations were to be sent out. All those who like her may come.

Politics for Freedom, Justice and Peace ...

The Making of the Pacemaker, by Consul B. John Zavrel

Works of art by well-known European artists like Salvador Dali, Jean Cocteau, Marc Chagall, Kurt Arentz, Helga Tiemann, Jean Carzou, Renate Stendar and others are now available for rent at the Museum. The value of most of the works is between $ 300 - 1,200. 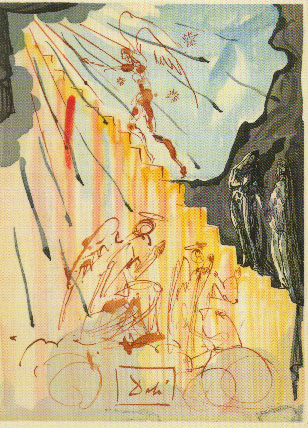 One of the works available for rent at the Museum of European Art: a color woodcut from Salvador Dali's series DIVINA COMEDIA.

For information, contact John Zavrel at 759-6078 or by e-mail at: zavrel@meaus.com

Ruth Zucker: My Life as a Spy, by Consul B. John Zavrel

Myths and Legends in Painting, Sculpture, Poetry and Music...

Celtic Myths and Legends, by B. John Zavrel 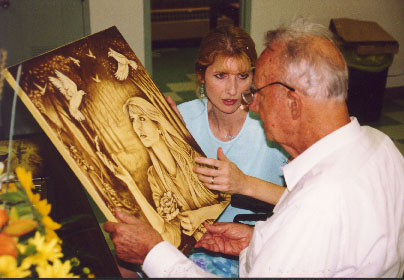 The American painter MARY McANDREW explains the ancient Celtic legend of Etain to DR. WILSON GREATBATCH. This story inspired the young artist to create one of her latest paintings, titled 'Ethaun'. The 84-year old inventor of the hear pacemaker knows no rest: even now he comes to work every day for several hours, working on several new, ground-breaking inventions for the benefit of all people.